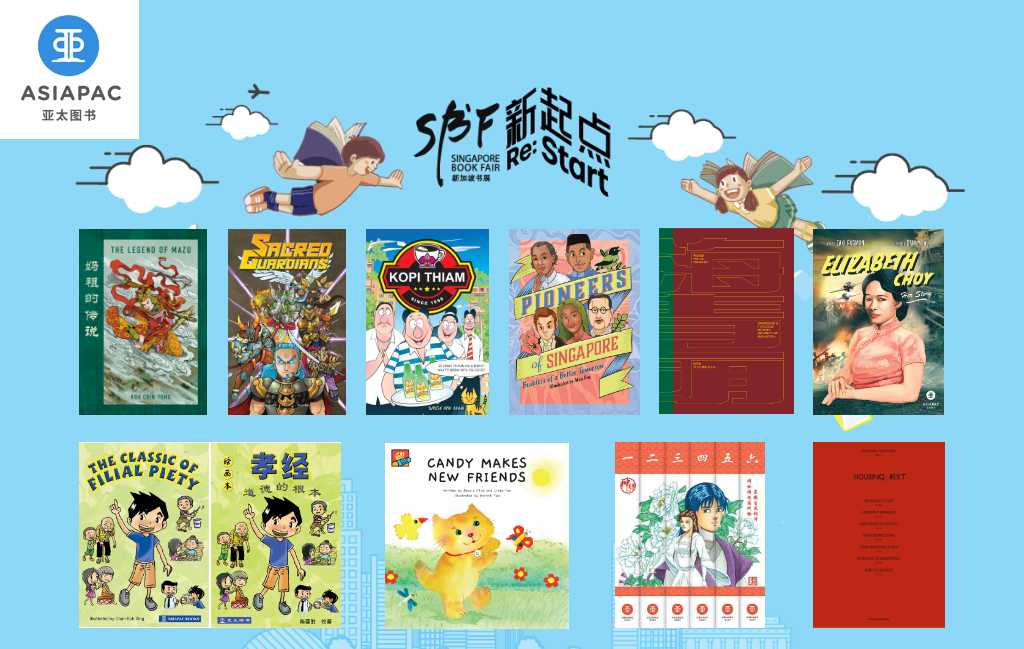 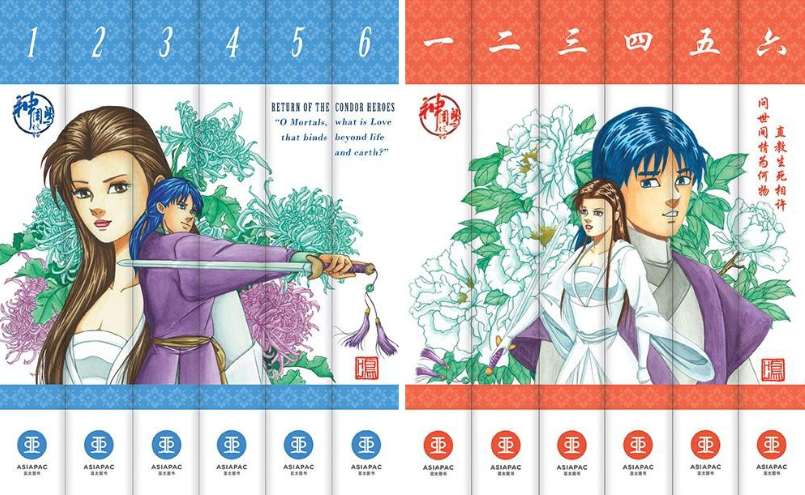 Based on Louis Cha’s Chinese literary martial arts novel, Return of the Condor Heroes comic series tells the love story between Yang Guo and his beautiful master Dragon Girl during the turmoil of the Song Dynasty. Originally published in Singapore in 1997 as a comic series, Return of the Condor Heroes has now been repackaged into a 6-volume limited edition Collector’s Edition Boxset. Portraying the heroes’ ill-fated adventures with artistic detail and mastery, comic artist Wee Tian Beng’s breathtaking artwork and depictions of the story took Asia by storm in the 90s, and have since left an indelible legacy in Asian popular culture.

Enjoy the beloved classic and own a piece of comic book history with the new limited edition collector’s edition boxset, which contains six beautiful hardcover volumes packaged in a boxset case, coloured comic pages, and an autographed bookplate. 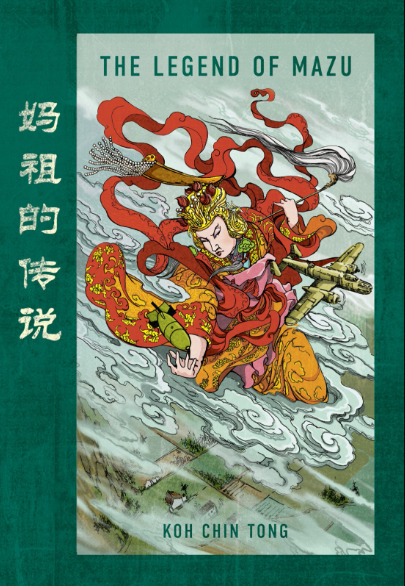 The Legend of Mazu 妈祖的传说

Mazu, the beloved goddess and protector of the seas, began her life as a mortal girl in the coastal town of Meizhou. With extraordinary abilities and compassion, she defeated evil demons, saved countless lives, and ascended to immortality. Tales of her virtue, piety, and miraculous deeds spread throughout China and–over centuries–the entire world. In this bilingual lianhuanhua-style 连环画 comic book, Mazu’s adventures are brought to life with stunning illustrations by artist Koh Chin Tong. Be mesmerised by her mythology and gain new insight into the culture of overseas Chinese.

Explore the stories and histories of three of Singapore’s local heroes in this collection: Elizabeth Choy, Lieutenant Adnan, and Lim Bo Seng.

On 15 November 1943, the Japanese would approach Elizabeth Choy Su-Moi. ‘You are allowed to meet the husband we arrested,’ they said. ‘You can even bring him a blanket for his prison cell.’  However, what she thought was an innocent visit would turn into almost 200 days of unimaginable horror and lasting psychological scars. In Elizabeth Choy: Her Story, find out how Elizabeth Choy grew to become the person who would endure such an experience, and into the larger-than-life hero we know today. How did she end up on the tiny island of Singapore, when her childhood home was in the lush forests of North Borneo (now Sabah)? What was her role in the community before and during the Japanese Occupation? How did she survive her internment at the hands of the Japanese? Glimpse into the tenacious and compassionate character that was Elizabeth Choy: war heroine, respected community leader, beloved teacher and a mother.

Lieutenant Adnan bin Saidi was a man who fought valiantly to defend Singapore during the Japanese invasion in February 1942. He, along with the rest of the Malay Regiment, battled the Japanese soldiers on Bukit Chandu. These great men were Singapore’s last defence and fought bravely to the end, despite being captured, and even tortured. Narrated by the son of Lieutenant Adnan, Mokhtar, Lieutenant Adnan and the Last Regiment tells the story of Lieutenant Adnan’s life – not only depicting the infamous Battle of Bukit Chandu, but also the events before the critical battle and its repercussions thereafter.

A successful businessman, Lim Bo Seng became synonymous with the anti-war movement in Singapore during World War II. His commitment to the resistance campaign against Japanese aggressors came with a hefty price. He was to suffer a heart-wrenching separation from his family and eventually sacrifice his own life. His incarceration in a prison for anti-Japanese activists was the ultimate test of faith. Yet the true hero never once faltered, not even under the harshest conditions imaginable. Lim fought his captors with his one and only weapon – an unbroken spirit. He died in triumph and his legacy lives on. 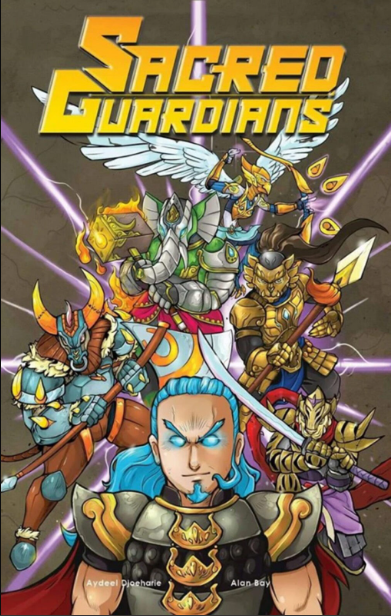 A sudden invasion by a powerful demon threatens ancient Southeast Asia and the whole world. Dev, a mythical and immortal being from the island of Tumasik, must now race against time to gather the five chosen by the Sacred Guardian Spirits to fight this terrifying threat.

Follow Dev on his epic quest to different areas of the region as he attempts to gather the Sacred Guardians, who would become the last hope of mankind. 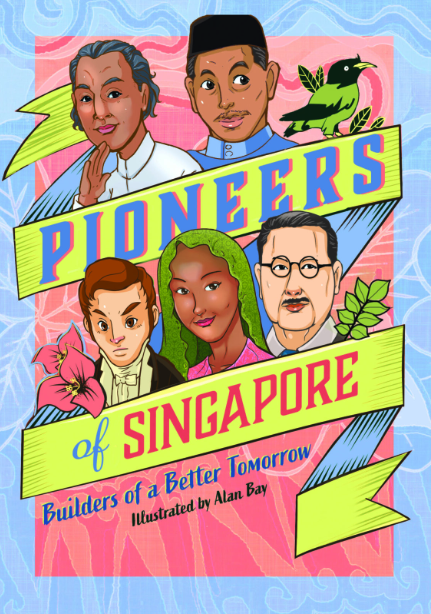 We always hear the names Raffles or Farquhar whenever we discuss Singapore’s early history. But what of the many other pioneers who were just as important? What are their stories?

Accompanied by lively, charming illustrations, Pioneers of Singapore brings you the accounts of thirty-five key figures in Singapore’s colonial history. Some of them include:
Who broke up one of the biggest communal riots in Singapore? Who founded the first hospital in Singapore that was built entirely without help from the government? Who produced the first comprehensive map of Singapore and designed most of its early buildings?

Read on as our forefathers come to life with the help of comic artist Alan Bay’s beautiful artwork, as the 2004 bestseller returns in an all-new coloured edition!

With lively illustrations depicting ancient and modern-day contexts, these three books, available in both English and Chinese languages, attest to the insights and practicality contained within these classical texts. A heartwarming and lively read that educates on the essentials of all human relationships!

The Three Character Classic is perhaps the oldest textbook in the world that is still in use in schools today. First written in the late 13th century and updated several times since then, the book is an enduring mainstay of primary school education in China.

The Student’s Code of Conduct has its origins in this line in the Analects of Confucius, “A true disciple is filial; has fraternal love; is vigilant and trustworthy; cares for the community; seeks the company of the virtuous and pursues knowledge.” Long regarded as an essential text for moral instruction, this classic serves as one of the most widely used texts in educating generations of young Chinese. Its wisdom remains relevant and stands tall as a beacon in a sea of relentless change in today’s world.

The Classic of Filial Piety is a Confucian classic on filial piety. It teaches how one should behave towards a senior such as a parent, elder sibling, or ruler. The text consists of a dialogue between Confucius and his disciple, Zeng Zi, whose students compiled the treatise around 400 BC. The treatise has been associated with the Confucian school of philosophy which became the ideology of imperial China and neighbouring countries such as Korea, Vietnam and Japan. It is probably the world’s only text devoted to filial piety. 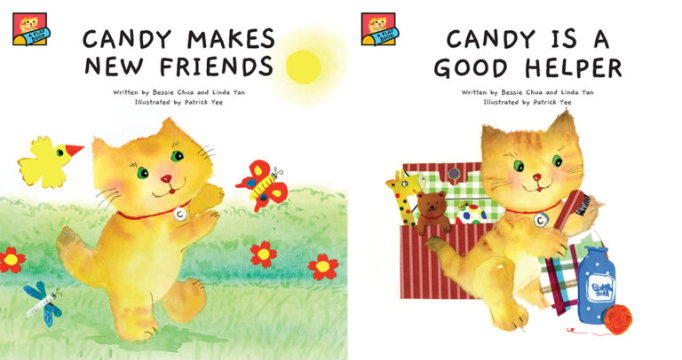 Candy Makes New Friends and Candy is a Good Helper introduces children to the orange tabby cat called Candy, her friends and her family.

In Candy Makes New Friends, join Candy on her adventures in the outdoors, as she discovers new places, hears new sounds and, most importantly, meets new friends. Uncover these animals one by one, under each fun flap. Amidst the beautiful illustrations, this will certainly be an entertaining read for the young ones.

In Candy is a Good Helper, Candy has three new siblings… and she wants to help! As you flip through the pages and the flaps, watch how Candy takes care of the baby kittens: pouring milk for them to drink, bathing them, helping them dress up… and more! How do her brothers enjoy it? You’ll have to read on to find out! This picture book will definitely get the kids excited, and even teach them some values they can practise at home.

On a Street in Singapore
Written by: James Suresh
Illustrated by: Syed Ismail
BOOK PURCHASE LINK：ZSHOP

When I was in Uniform…
Written by: James Suresh
Illustrated by: Syed Ismail
BOOK PURCHASE LINK：ZSHOP

In this collection by local writer James Suresh – co-creator of the hugely popular Mr Kiasu – explore various exciting and beautifully illustrated anecdotes, places, and people in Singapore! Dive into a comic of whimsical and relatable everyday happenings at your local neighbourhood cafes in Kopi Thiam, a compilation of popular comic series featured in Singapore’s New Paper and The Star, Malaysia 22 years ago. Enjoy charming and nostalgic scenes of multi-ethnic and multi-cultural Singapore and its everyday life, histories, foodscapes, housing estates, as well as tourist attractions in On a Street in Singapore and Singapore in the 60s. Enjoy Syed Ismail’s wonderful and highly expressive illustrations that accompany every page of James’ hilarious throwbacks of Singapore’s past and present, looking back at what life was like and showing us how far we have come as a nation. Following Suresh’s journey and experiences in his days in the Singapore Armed Forces after being enlisted in 1975 in When I was in Uniform…. Recounting how people improvised and made creative use of limited resources back in the days when the army was not as well-equipped or organised, he pays tribute to various colourful characters who have left an inedible mark as pioneers in their field who became legends in their own time. 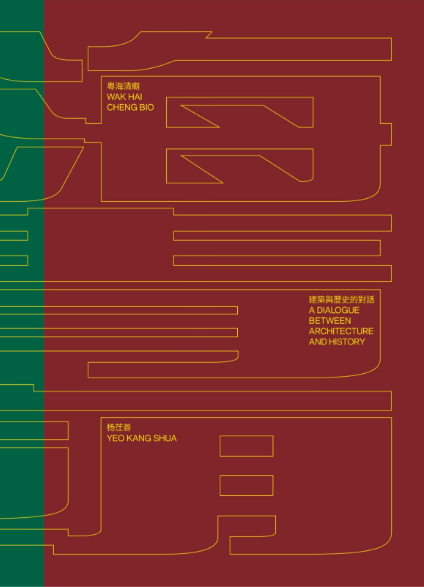 Wak Hai Cheng Bio: A Dialogue between Architecture and History documents the full-scale restoration of Singapore’s oldest Teochew temple as well as national monument – Wak Hai Cheng Bio (also known as Yueh Hai Ching Temple), carried out between 2010 to 2014. This firsthand account of the restoration offers a view of the temple’s history through close examination of its physical fabric. It is further illustrated with a discourse on nine architectural trades, materials and/or crafts: tile, timber, plaster, brick, stone, relief fresco, clay ornament, ceramic ornament and paint. 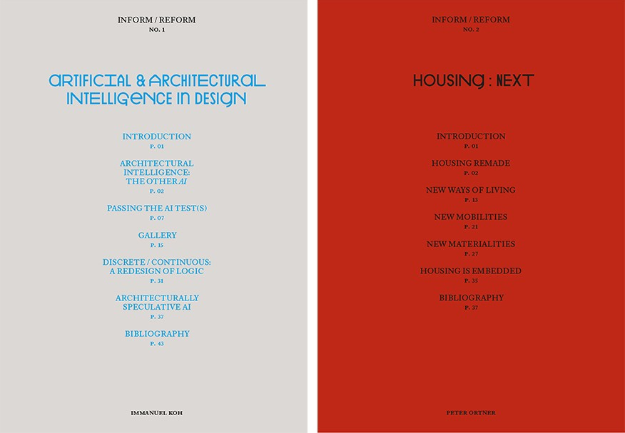 Issue No 2: Housing: Next
Peter Ortner

The Inform/Reform Series is published as part of the Architecture and Sustainable Design (ASD) project by the Singapore University of Technology and Design (SUTD), which was established in collaboration with the Massachusetts Institute of Technology (MIT) in 2012. At ASD, we were given the rare opportunity to create a new school of architecture completely from scratch, unencumbered by legacy. Our challenge: How to design a brand-new school of architecture as a tabula rasa? What should be its intellectual footprint as part of this larger new university, SUTD? How housing will leverage new technologies to address urban challenges of sustainability, resilience, and changing society? 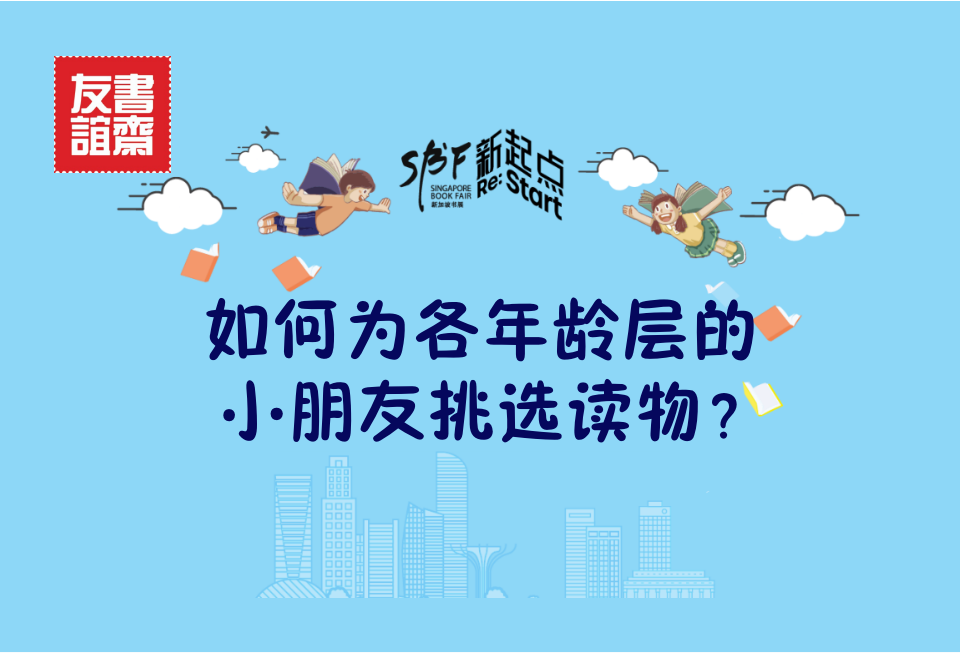 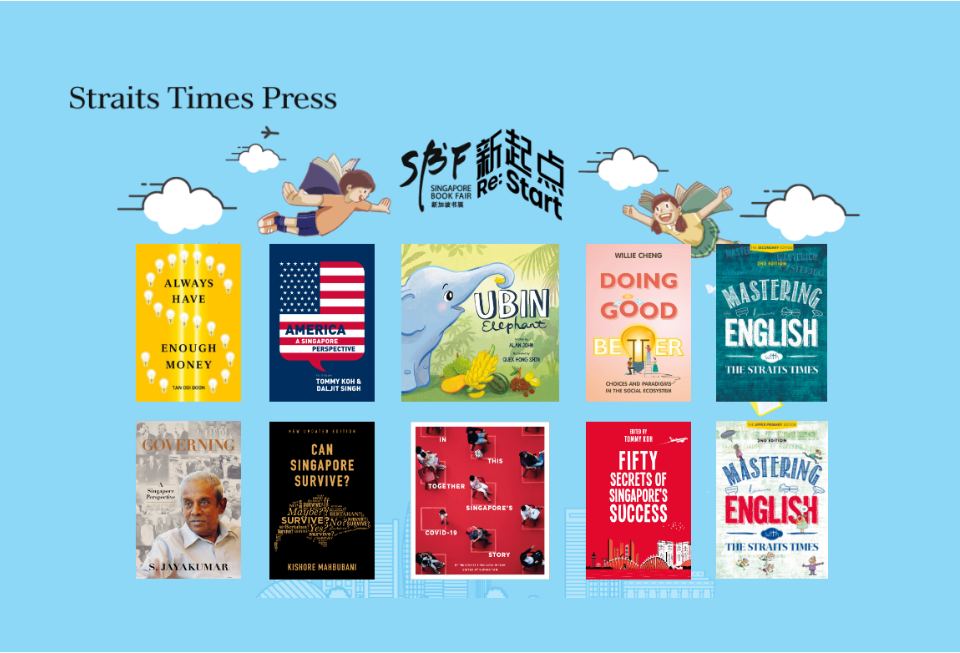 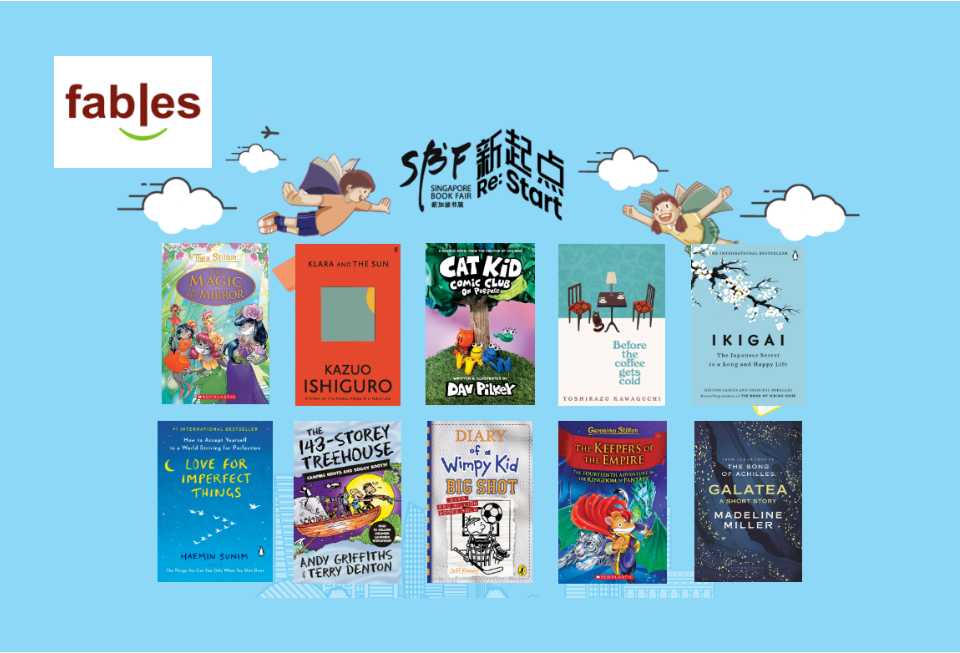